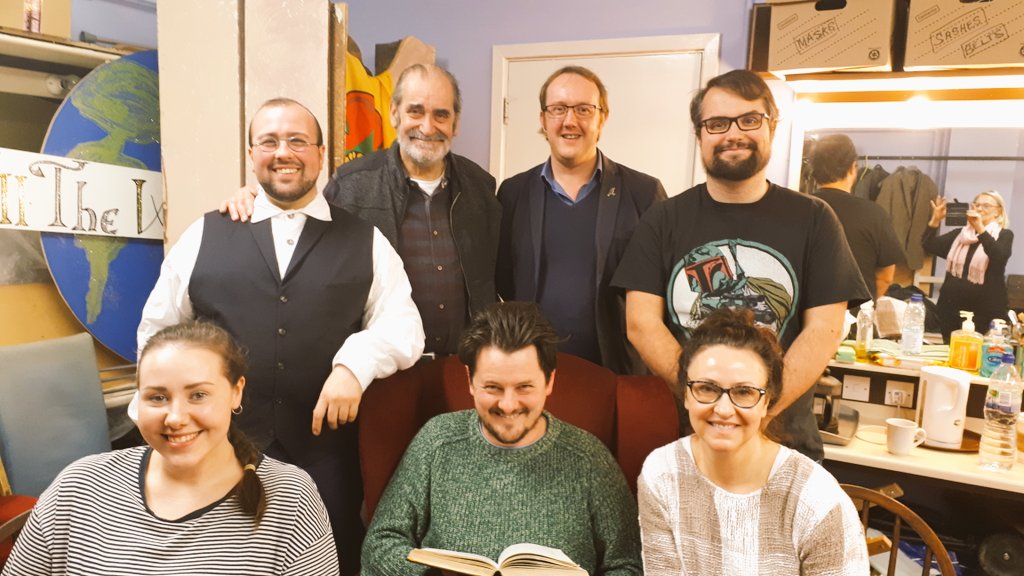 Yes, you read that right – Ghosts of Wales is now a theatre show!

I’m very pleased to announce that my spooky stories have been adapted for the stage, and premiered in Swansea this October.

It’s called Phantoms, and it was the perfect way to count down to Halloween…

Where did the idea come from?

Sitting at home reading spooky stories by candlelight is all well and good, but there’s something EXTRA special about experiencing them in a dimly-lit auditorium.

So for Halloween 2018, I teamed up with my good friends at Fluellen Theatre Company to bring three long-lost ghost stories to the theatre stage.

And not just any old ghost stories. To make things even creepier, these are all based on real-life paranormal activity reported in Wales.

Yes, as they like to warn us on TV and at the cinema, this ghostly show is “based on true events”!

So what’s the Phantoms theatre play all about?

It premiered to a packed Swansea Grand Theatre Arts Wing on Saturday, October 27, 2018 – just in time for Nos Calan Gaeaf – and the performance went very well.

And by well, I mean everyone jumped and laughed in all the right places, and the feedback has been fantastic.

The cast and creative team behind Phantoms

A huge thank you to the fantastic team who brought the magic to life:

All other characters played by

When can I see Phantoms in the theatre next?

Any upcoming dates will be announced by Fluellen Theatre Company. Keep an eye on their website, and be sure to tell them that you’d love to see Phantoms soon!

If anyone is interested in hosting the production, or maybe even staging your own version, then please get in touch.

What did you think?

If you were one of the lucky people in the audience who caught Phantoms (and survived to tell the tale!) I’d love to hear your thoughts.

For more Welsh ghost stories, check out Ghosts of Wales: Accounts from the Victorian Archives by Mark Rees.